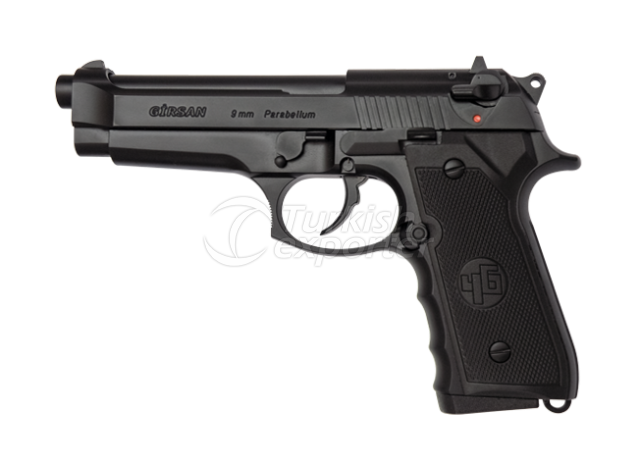 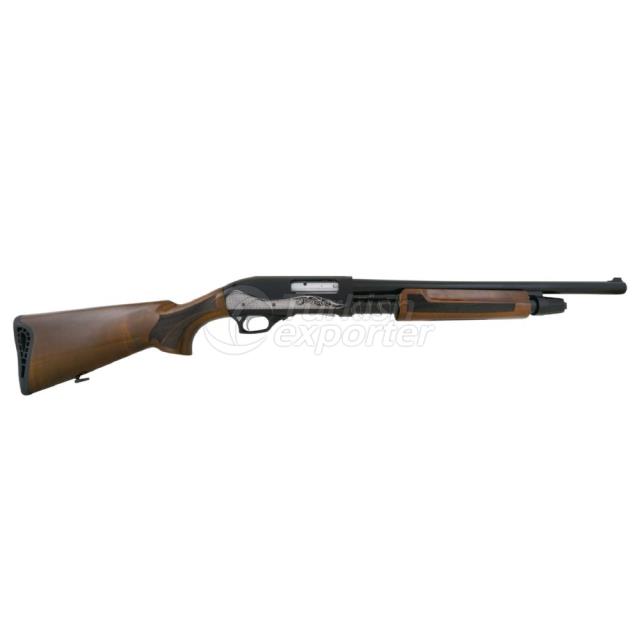 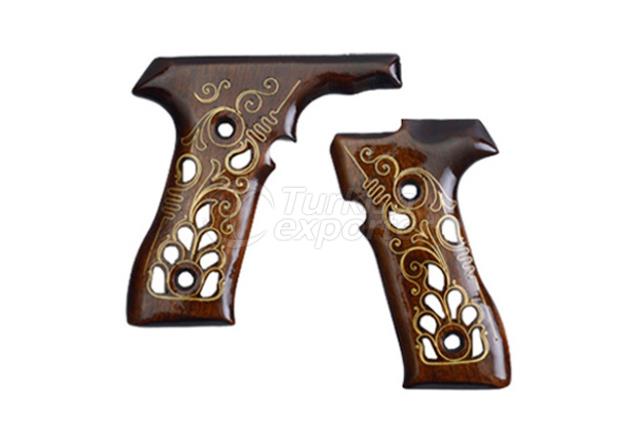 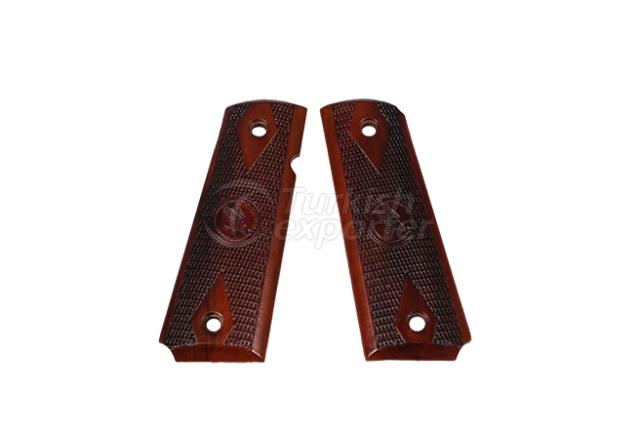 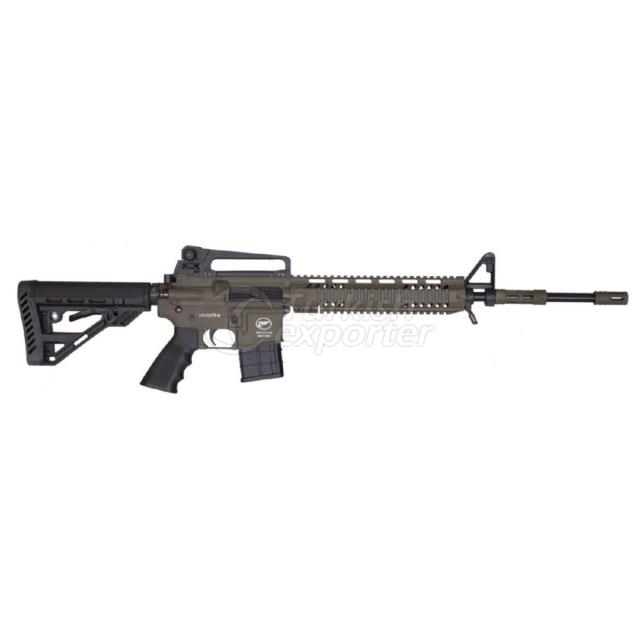 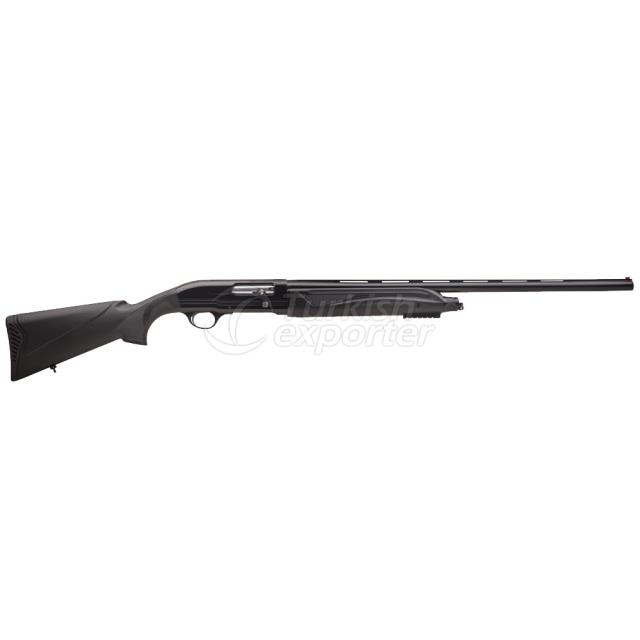 Ata Mould was established in 1991 in Istanbul/Turkey. Ata Mould is the manufacturer of industrial moulds with particular specialty on manufacturing of plastic injection moulds. Our company uses high quality raw materials, CNC production techniques and designs to produce high quality products made of special plastic with various domestic and foreign firms.
KRAL ARMS is Turkey’s one of the leading companies in hunting, shooting and sporting products. KRAL ARMS produces shotguns, air rifles and blank pistols in 18.000 square meter production facilities with more than 250 people. We use the highest technology with manual labor to offer you the best quality. The production within the border of KRAL includes, machining of wood, machining of metal parts, injection molding, metal injection, mold making, welding, engraving, barrel drilling & barrel manufacturing, laser marking, laser engraving on wood & metal parts, camouflage coating, assembly, quality assurance testing, test shooting, etc. KRAL ARMS is an export oriented factory and exports 99,5% of its products to more than 40 countries around the world. KRAL ARMS products with their very good quality and competitive prices receive a very well acceptance all around the world. KRAL ARMS is enough able to and has background to produce any type gun in house. Our mission is to product the better to cheaper. Like for the last 25 years, as long as the world exists, we will continue to serve for you.
The Aksa Gun Company, which aims to establish the biggest hunting rifle sales network in the world, Began operations in 2013. The facility is built on a closed area of 1,500 square meters and with more than 40 experienced specialist personnel, CNC is produced in high quality. Our products, which are produced in different standards such as Blank ifring guns, hunting rifles and sporting shotguns and sold in many countries all around the world, are increasing their diversity day by day. The capacity of our quality hunting rifle production with technology and modern equipment has increased considerably today.
TISAS Trabzon Silah Sanayi A.S. was founded as a part of Eastern Black Sea Gun Project in 1993. In our complex which is established in a space of 11.000 m2 in Trabzon/Arsin Organized Industrial one, production at NATO standards are made for light weapon and defence industry products.
Mission Our mission is to improve Turkish Gun Industry and produce weapons on worldwide competitive qualifications to meet consumer needs. Vision Our vision is to introduce high quality products to the market qualified products according to our aims and ensure the satisfaction of customers by using latest technology with professional engineers and technicians. Aims To have favorable success as a result of evaluating customer’s needs, complaints and suggestions. To product new weapon models by upgrading the quality of manufacturing. To raise our market share in Turkey and worldwide as a Turkish pistol producer. To be the leader pistol producer of Turkey and help improving the Turkish economy. Quality Policy We are currently holding the ISO 9001: 2015 certification. The aim of our quality policy is to produce unique and high quality pistols to satisfy our customers together with our firm personnel and to improve our quality management system and educate our personnel continuously in a modern way. GIRSAN, the proud producer of pistols having Yavuz 16 brand, was established in 1994 in Giresun/TURKEY. And one year later, in 1995, the first and well-known pistol models of Yavuz 16 COMPACT and Yavuz 16 REGARD, have been presented into the market. As the years passed, GIRSAN has made great investments into personnel education and technology, has implemented the latest technological tools of the day, both in the production line and quality control system. As a result, number of the qualified personnel has reached to 200, the number of the pistol models (with different calibers of 7.65 mm, 9 mm, .380 ACP, .40 S&W, .45 Auto and with optional sight, safety and trigger systems) has increased day by day and reached to a level of 50 (including our newest model of polymer handgun, MC28, known for being lightweight, durable and very reliable), annual production capacity has reached to 130.000 pistols. All of the pistols are manufactured and tested according to the NATO Standards, and have successfully passed the complicated tests with zero error. Also we are working on rifle and we have 75.000 rifle production capacity. GIRSAN, like the other well-known brands in gun production, performs Muzzle Production of all the models with COLD FORGED TECHNOLOGY. In this way, by increasing safety and barrel life at one side, undesirable failures on the muzzle such as swelling, crack and warming are prevented at the other side. Additionally, GIRSAN is the proud developer and owner of Cold Forged Polygonal Barrel used by models of MC27E. With this barrel, a pistol having longer barrel life (40.000 firings), increased muzzle velocity, better hit performance and decreased corrosion have been provided to the user. Last but not least, GIRSAN’s R&D ability, combined with design capability of the trained personnel resulted in a Semi-Auto 12 Gauge Shotgun of MC312 in 2012 with a production capacity of 18.000. Three different versions of GIRSAN’s shotguns, named MC312, MC312 Slug, MC3512 (3.5 inch), MC312 Tactical, MC 312 S1 and MC 320 (with different barrel length, magazine capacity, chokes, stock&forend) are now available in the market. Being a company that is not comprimising quality in principle and always engaged in producing superior quality products, GIRSAN has ISO 9001:2008 Quality Management System, Ministry of National Defence Facility Security Clearance and Production Permission Certificates and AQAP 2120 Industrial Quality Assurance Level Certificate complying with NATO Quality Assurance Requirements. Moreover GIRSAN pistols have been examined by U.S. Department of Justice, Bureau of Alcohol, Tobacco, Firearms and Explosives according to ATF Form 4590 and Importable Report has been given.